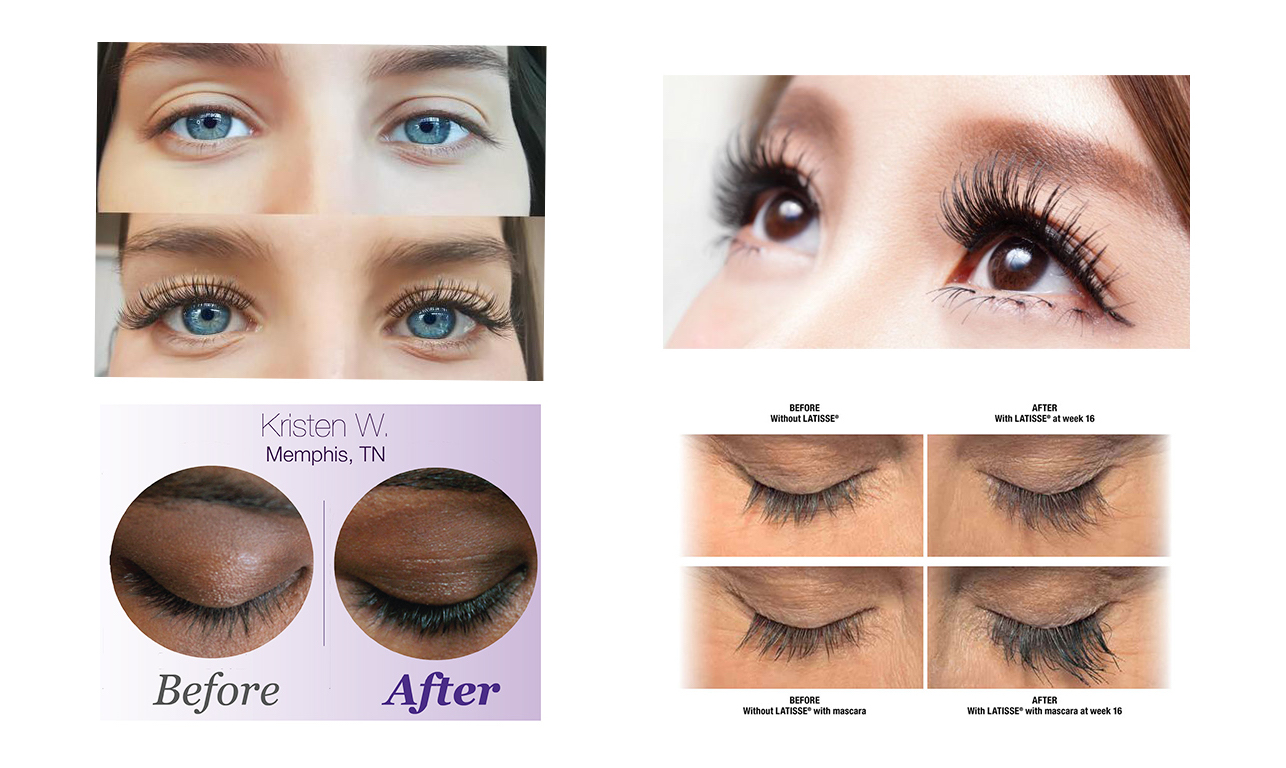 How to Spot Lash Extensions, Falsies, Latisse & Other “Enhanced” Lashes

And if, in fact, one’s intentions are not nefarious but simply inquisitive—like “would lash extensions, falsies or natural lashes look better on me? Let me check somebody else’s first before I make a decision” then sure, I am down to answer this question.

So first, let’s dig into each type of lash enhancement and the tell-tale signs of each (with photos!).

How to Spot: Lash Extensions

So, how to spot them?

First of all, lash extensions do look natural, but your gut will almost always “check” you. If you find yourself wondering “are they or aren’t they?” about the legitimacy of the lashes, they’re probably not real.

Second, the glue is always a tell-tale sign. Lash extensions are dipped in glue and applied at the base of the natural lash follicle. The natural lash is typically not black in color for many extension-wearers, so any detectable gap in the lashes gives it away.

Following that, if someone has blonde or brown hair, but jet black, perky, ever-curled lashes that are in no way clumped.. they’re extensions. If he or she is wearing no makeup at all, but the lashes are totally black and again—not clumped, totally individual, and not changing over time—they’re probably extensions.

Again, just trust your gut. Your brain is the best detective you could ever hire. It knows when something isn’t quite right—even if the difference between real and fake is ever-so-slight.

How to Spot: Falsies

Personally, I feel like this is an easy one.

Every mascara under the sun promises “lashes like falsies!”. The point is that falsies are what we all hope and dream our natural lashes can look like.. but never will.

Falsies are false lashes that are glued on for very temporary use—just 1 day’s use to be exact—and usually come in strips, although they can come in small clusters, too.

There are literally thousands of falsie designs, so it’s hard to say what exactly they look like, but they can vary from individual clumps of lashes (which will look a heck of a lot like a Russian Volume extension set) to intermittent long lashes splashed in among the natural ones, to full, fat, fake-as-they-come lash volume.

When someone is fluttering their lashes and it looks like they could fly away by their lashes, those are falsies.

If you see a thick black band just above the lash line, those are falsies.

If you see a very thick line of black eyeliner above the lash line, coupled with very thick or long lashes, those are probably falsies.

Falsies are the easiest lash enhancement to pick out of a line-up, and even the most lash-gifted among us wear falsies for events, cameras and the red carpet, because they look FABULOUS in photos. How to Spot: Latisse Lashes

Onto the natural enhancements: the plastic surgery of lashes, if you will.

While Latisse promises longer, fuller, darker lashes with—what one would expect will be—a natural look, Latisse users are often easier to spot than not.

Because, while scientists don’t know exactly how Latisse works (just that it does work), it is hypothesized that Latisse helps increase the amount of time in the lash growth cycle. Given this, Latisse lashes often give you a “lash to the glass” look.. but not necessarily in the way that you want.

They start to look weird.

Honestly, when lashes grow for too long, they look like lash transplants—like hairs that were transplanted from your head to your lash line.

So, while most Latisse users and glaucoma sufferers (bimataprost was first used for glaucoma treatment and still is) will have extremely long lashes, they have a less-than-desirable tell-tale look to them, that makes them easy to spot.

How to Spot: Other Enhanced Lashes

Speaking to WINK, it is literally impossible to spot a WINK user. That’s because WINK supplies essentially fatty acids that your body cannot produce on its own, to potentially encourage your body to produce more prostaglandin locally and naturally. It does not, however, directly supply prostaglandin or any other hormones, it just gives your body the tools to let it do its thing.

I like to think that WINK helps your lashes achieve their best natural state.

How to Spot: Mascara on Natural Lashes

Mascara is a tough one, because while its mostly very easy to detect, occasionally mascara can throw you off onto another trail.

For example, when I curl my lashes and use Better Than Sex mascara, my natural lashes tend to look like lash extensions.
Why?

Because first of all, my lashes will look impossibly thick and black, but also because when I curl my lashes, inevitably one or two will fall out of the normal line of curling and look like a lash extension gone awry.

The only difference I can see between properly curled, mascara-enhanced lashes and lash extensions is that my mascara will wear off over time when/if I rub my eyes, and any clumping at the base or tip of the lashes will give it away as mascara.

That being said, I never knew it was possible to make natural lashes LOOK like extensions until it happened to me, so don’t be too quick to judge!

Takeaways: How to Spot Lash Enhancements

Thank you for taking the time to read this guide. I hope that your natural curiousity was assuaged (for now).

Now you have the tools to distinguish between false and natural lashes, which can be helpful, because it’s always nice to know what is and isn’t naturally achievable, so you don’t get down on yourself.

If you’re looking for a natural way to enhance the appearance of your lashes, I would suggest checking out our organic lash and brow enhancer WINK, as well as some of the guides below:

How to Grow Long, Full Lashes