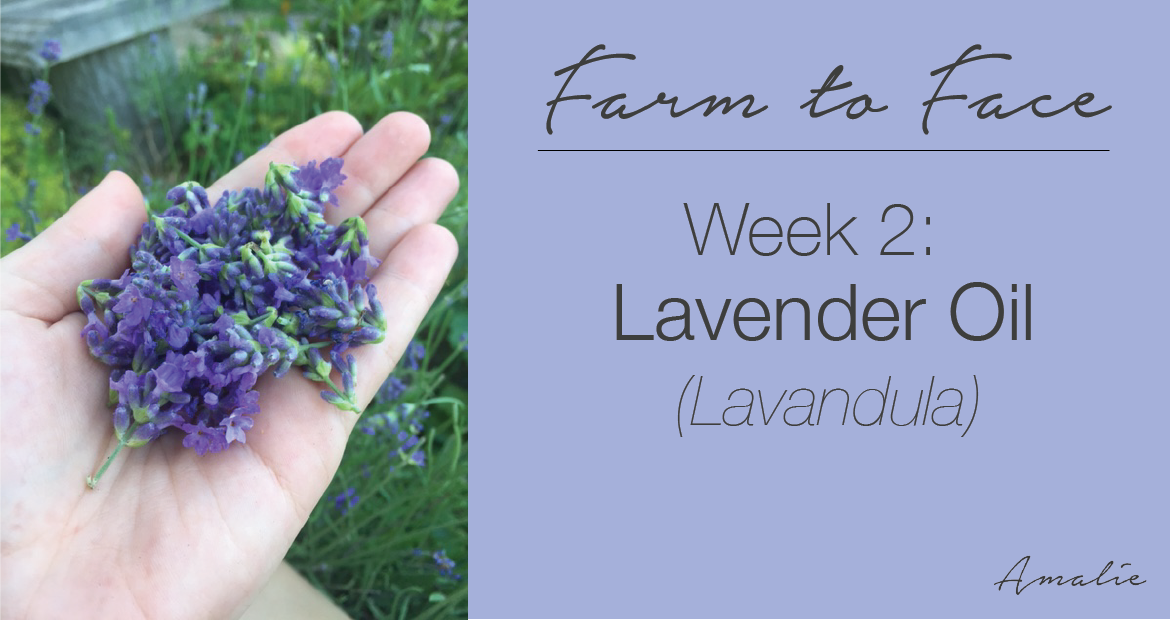 Lavender is one of those ingredients that everybody loves. It’s bright purple, smells wonderful, and instantly calms you. When it comes to essential oils, lavender oil is a staple.

When it comes to skincare, though, lavender is a bit controversial.

Before I dive into that, let me clear up some oil and extract terminology, to help you better understand where the controversy arises. First off, I should clear up that essential oils and extracts are two totally different things.

Essential oils are the volatile aromatic compound of a plant, whereby the oil is extracted by steam distillation. The plants are put into a big vat of water and boiled. The steam is captured and run off, as is the oil. The only exception to this is with citrus fruits, where the peels are cold-pressed for the oil.

Extracts or Infusions are made whenever plants are steeped in water or oil. Just like making a cup of tea, you can infuse plants in hot water (think: rose water). Alternatively, you can use an oil to steep the plants in, typically at a much lower heat–if at all–and for a long time.

The extracts smell very faintly of the plant that it contains, but nothing like an essential oil. The extracts are much less volatile, and therefore much less irritating to your skin.

..now back to the controversy.

The Not-so-Controversial Controversy about Lavender in Skincare

The controversy–as I understand it–starts with knowing the difference between the very volatile and skin irritating essential oils and extracts. Lavender, as a fragrance and essential oil, can be irritating to skin. Lavender extracted oil, maybe not so much.

Before the early 2000s, there wasn’t much scientific evidence for lavender’s efficacy.

Paula Bugeon–the cosmetic cop–is not a fan of lavender in skincare. Evidently before 2011, she had a very long post in her cosmetic ingredient dictionary about how lavender was irritating and drying. Now it’s practically a one-liner. She stands by her original stance, but has backed off on the intensity.

Robert Tisserand, on the other hand, stands by lavender as a powerful anti-inflammatory and healing agent. In this post, he highlights many studies from 1998 onward in which lavender oil was proven to be a powerful healing, anti-redness, and anti-inflammatory ingredient, without any allergic reactions.

One really compelling piece of evidence is that in a an anti-allergic study, lavender oil, applied to the skin of rats or mice at 0.1%, 1.0%, 10% or 100% (WOW 100% is a lot), inhibited immediate-type allergic reactions. It also inhibited the release of the inflammatory mediators, TNF and histamine (Kim & Cho 1999).

Regarding Paula’s claims about lavender increasing photosensitivity, a 2005 Japanese study reported that lavender oil inhibited the generation of singlet oxygen, which causes the most damage in response to UVA/UVB radiation (Sakurai et al 2005).

Further, according to Tisserand, “Lavender oil is not photosensitizing on the skin (Opdyke 1976 p451), and linalyl acetate is neither a photoirritant nor a photoallergen (Bickers et al 2003). This means that there is no risk of an adverse reaction in strong sunlight” (source).

The two main constituents in lavender oil are linalool and linalyl acetate. These two phytochemicals are found naturally in lavender and many other flowers and spices, and are technically called monoterpenes.

So it’s not all hearsay! Lavender is seriously relaxing, even when applied to the skin. Awesome.

Both constituents may also be anti-inflammatory, as we visited before, above, though the evidence for the constituent phytochemicals is more sparse than for the lavender oil itself. Here’s a recent NIH study talking about the potential anti-inflammatory effects of linalool and linalyl acetate.

Lavender Oil: Nothing to Be Afraid of

Like most plant extracts, there are good and bad things to say when it comes to lavender, and some studies are definitely more robust than others.

When it comes to fragrances or essential oils at all, it looks like Paul the Cosmetic Cop might not be a fan. That doesn’t mean you should rule out lavender altogether as an option for anti-inflammatory or anti-stress effects.

Lavender oil may create an allergic response in some individuals, but that can be said for any flower, spice, herb. Some things we are allergic to, some we are not. If you want to be careful, like with any beauty or skincare product, test a small amount on the back of your hand before applying the product fully to your face.

Let me end this with a recap of what we know: Lavender is probably not photosensitizing, probably not allergenic, not pro-oxidant, and most likely is an anti-inflammatory that can help heal wounds and reduce redness while it reduces inflammation. AND IT SMELLS GREAT.

Where We Got It: Lavender Oil

Now that we got all that out of the way, I wanted to introduce you to our lavender and talk about how we harvested, extracted and turned it into two new products. My mother has grown lavender for years. It’s beautiful, soothing to smell, really perfect for any garden.

I tried growing lavender–twice–and didn’t have much luck. This year it got hot really fast–like first week of May fast–and all of my sprouts died from the sudden heat and direct sunlight.

I tried a second time inside the house and they sprouted (finally!), but once I took them outside.. they died again.

Early bird gets the worm, I suppose?

So this year I had to beg my mother to let me use her lavender. Next year I’ll start at the last frost and hope for the best; I would just love to have fields of lavender for the collection! I’ll run through them every time something stresses me out and you will never see a stressed Megan again. 😉

How We Made It: Lavender Oil

Again we followed the solar extraction method (source), for slowly extracting the phytochemicals out of the flowers using skin-friendly organic oils.

In this case I used organic jojoba oil with the lavender flowers. This was the most beautiful oil extraction ever… until about week 4. By the time week 8 rolled around, the lavender was unrecognizable; I was pretty glad that I had marked the jars! The flowers were a yellowish/green tint, just like the leaves in other extractions. When I opened the jar, the faintest waft of lavender scent came out. It was lovely, actually–more real, more legitimate than any essential oil has ever smelled to me. Not over-done, just very light, gentle and relaxing. During the extraction process, I sometimes use my (clean) hands to press out the extra oils. In this case, I had to do a lot of pressing. The lavender flowers retained more oil than any of the other leaves or flowers that I extracted this year. I couldn’t stop smelling the oil on my hands and didn’t want to wash it off!

How We’re Using It: Lavender Oil

Based on all of the evidence, my stance is that lavender oil–not lavender essential oil–in fact an anti-inflammatory and healing agent. From personal experience, I’ve used our lavender oil raw and I’ve also used it as a part of both REWIND and CALM. CALM (available here Nov 1st) is specifically for reducing redness, swelling and inflammation associated with eczema or dermatitis, so if lavender was an ingredient that caused additional sensitivity, you think I would notice either no change or a bad change, but CALM has been very effective in reducing the redness and inflammation due to eczema on my hands and arms, and greatly reducing my need to use my prescription steroid spray. Further, as I understand, the fact that lavender oil is an anti-anxiety (calming) agent, should help my state overall, even when applied topically to the skin. REWIND (available here Nov 1st) is formulated for reducing both redness and inflammation in the skin (due to aging), and to increase water retention and suppleness of the skin, thereby decreasing the appearance of fine lines and wrinkles. The long-term anti-aging effects of REWIND come from the powerful anti-oxidant oils inside, and the anti-oxidant effects of the carrier oils: organic jojoba and organic pomegranate oil.

The lavender in REWIND acts as a calming, anti-inflammatory agent, alongside spearmint, another high linalool extract.

Whether you choose CALM, REWIND, or make your own.. I think you’ll be very happy with the results that lavender oil yields. 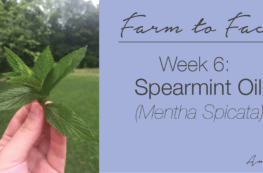